The majestic River Findhorn is undoubtedly one of Scotland’s best kept fishing secrets – both in terms of beauty and productivity – in an anglers’ quest for the Atlantic Salmon. Nestled between the world famous and most mighty river to all Salmon anglers – the Spey, and the city of Inverness which is regarded as the cultural capital of the Scottish Highlands – its location could not be more idyllic. This is a true bucket-list trip for any Salmon angler!

In a very well documented, tough decade for the Atlantic Salmon, the Findhorn manages to maintain an incredible population of returning adults, thanks to its remoteness – flowing from the north face of the Scottish Highlands. With very little surrounding farmland and a steep and canyon-style river through its mid-section this prevents habitat degradation and preserves the home of the juveniles up to their smolting phase.

Flowing and twisting through high canyon walls, the River finally enters the saltwater through the Bay of Findhorn and into the Moray Firth. The Moray is often quoted as the UK’s most prolific Firth – accounting for apprx. 25% of all returning Salmon in the entire British Isles – a figure that is sure to whet the appetite of all Salmon enthusiasts… 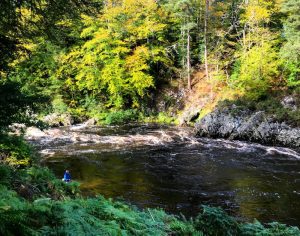 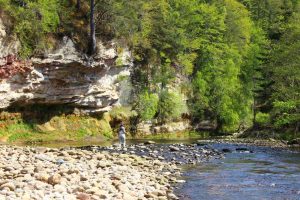 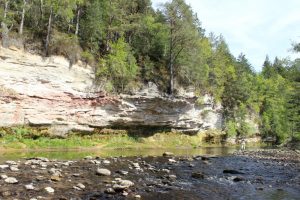 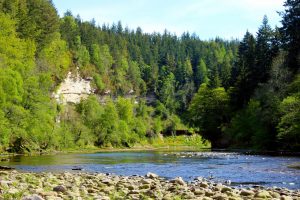 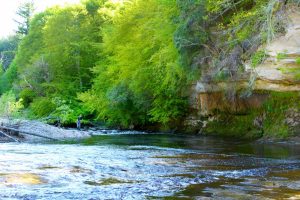 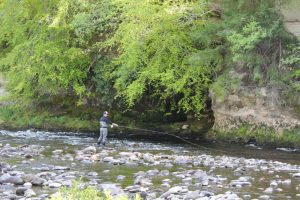 Fishing starts on the River very early, with opening day usually set for 11th February. Being located in the Far-north of the UK, the river benefits from an earlier run of fish than all of the southern systems. Fresh, Bright, Silver Spring fish are often caught in February and March, yet as the Equinox passes, the run of fish begins to increase with April, May and June being the ‘best’ window for the chance at larger Springers. Fish of 20lb are not uncommon on this small but intimate system and offer a challenge for anglers of all skillsets when hooked!

Leading into summer July sees the start of the Grilse run, typically smaller fish in the 4-9lb class – with vast pods of fish entering the system in unison the sport can be incredible – if you are lucky enough to time your visit alongside an influx of fresh water. August is typically a lower water month, but fish now can be found in most pools and sight-casted to on bright sunny days. September brings cooler climes and increased water flows, all of which are a trigger to the Salmon’s aggression… Although most fish are now dressed in their spawning, tartan colours the river often delivers unprecedented catches with lucky anglers in its final month before the season closes. 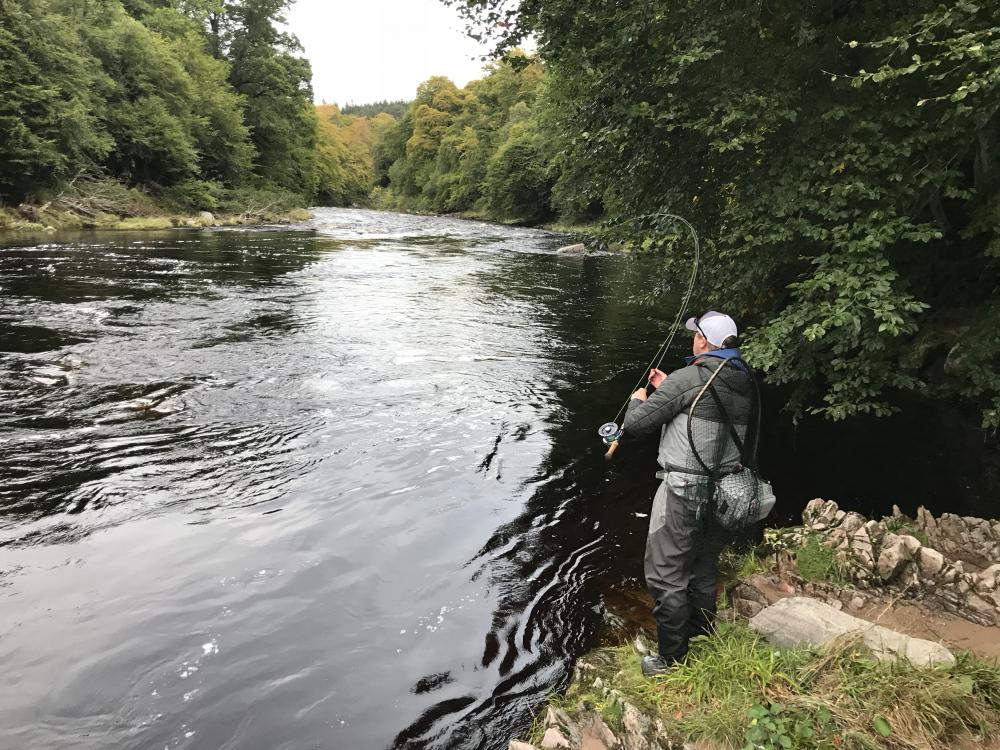 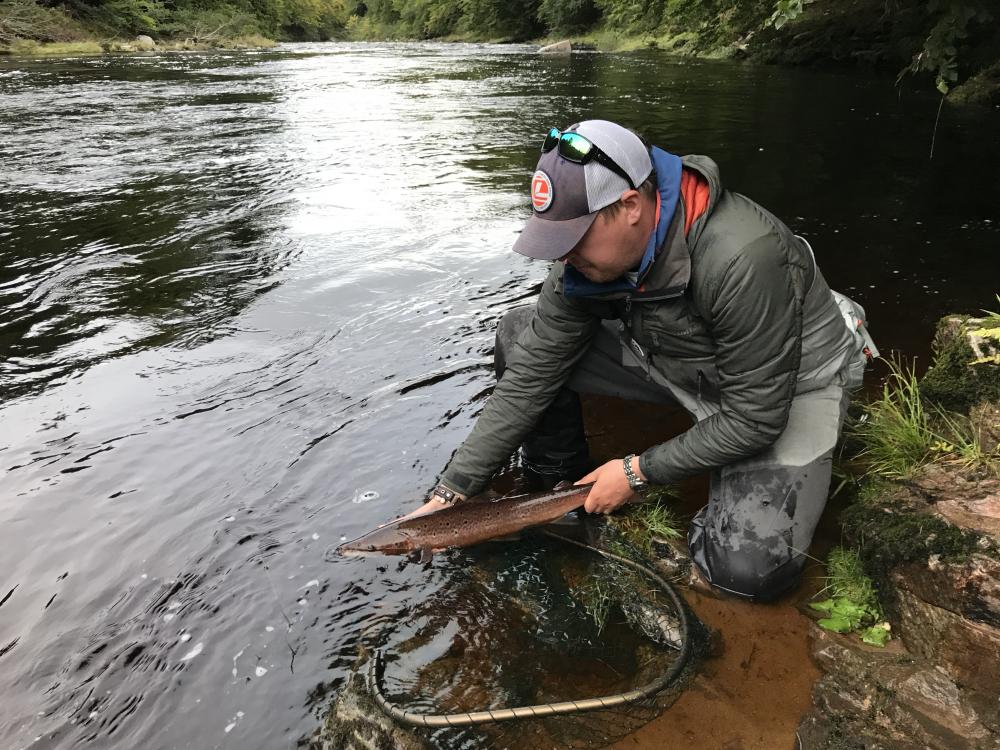 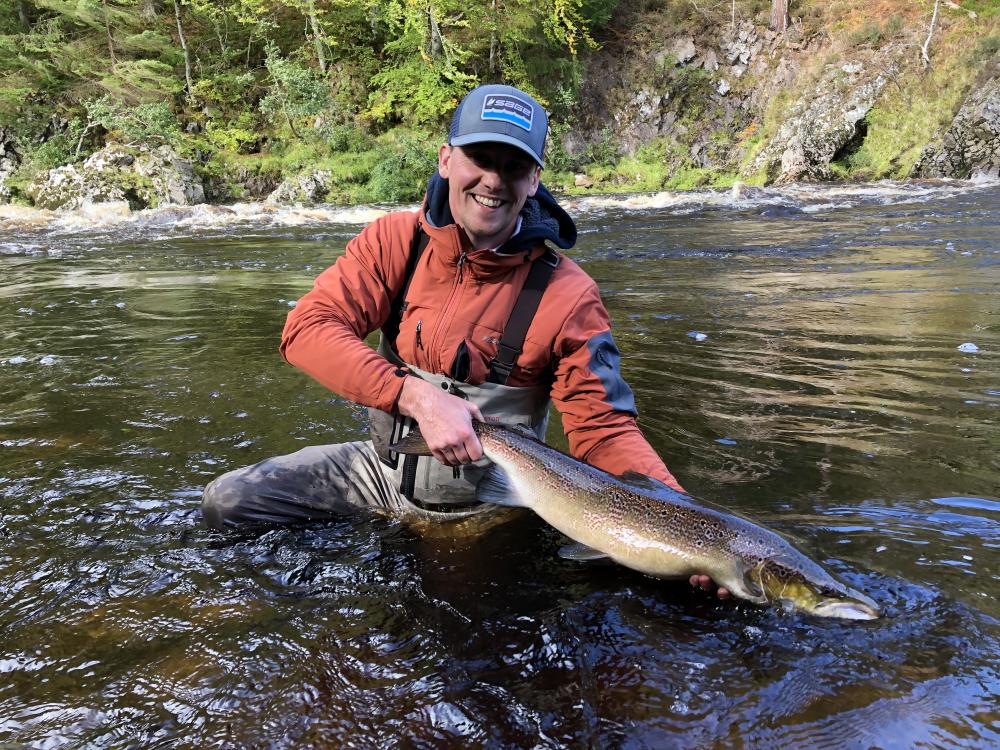 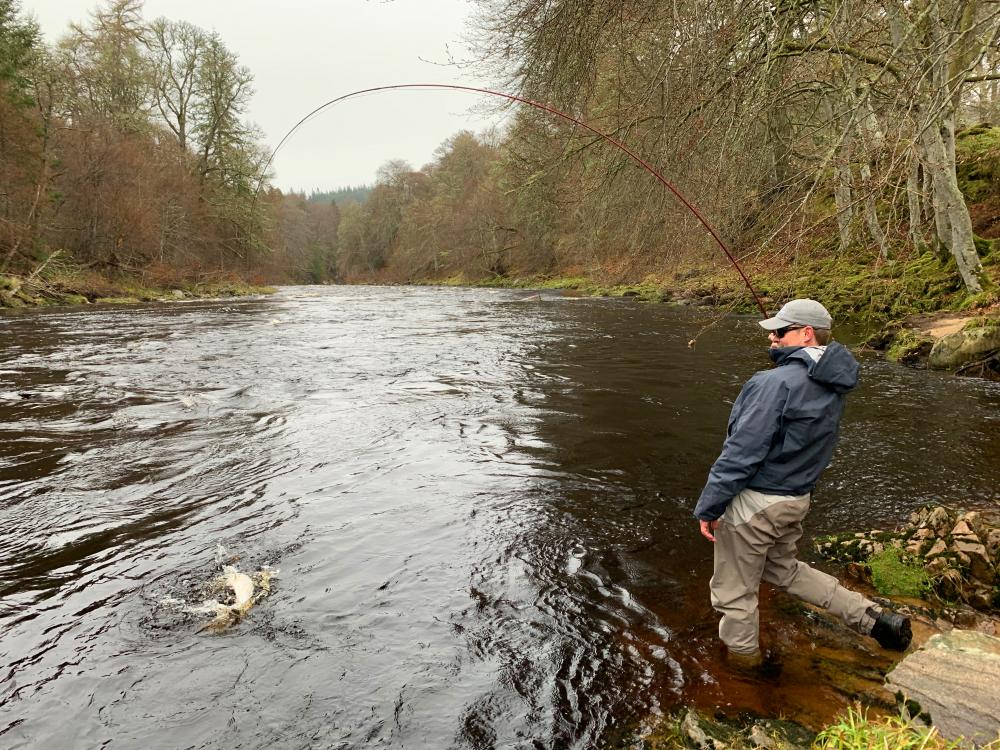 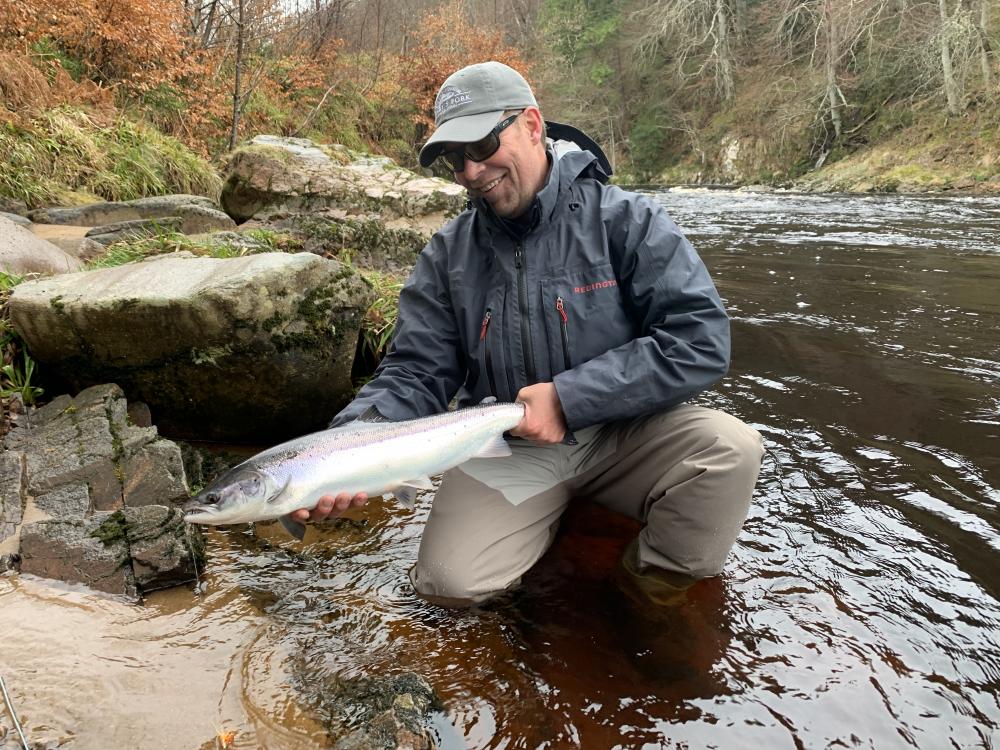 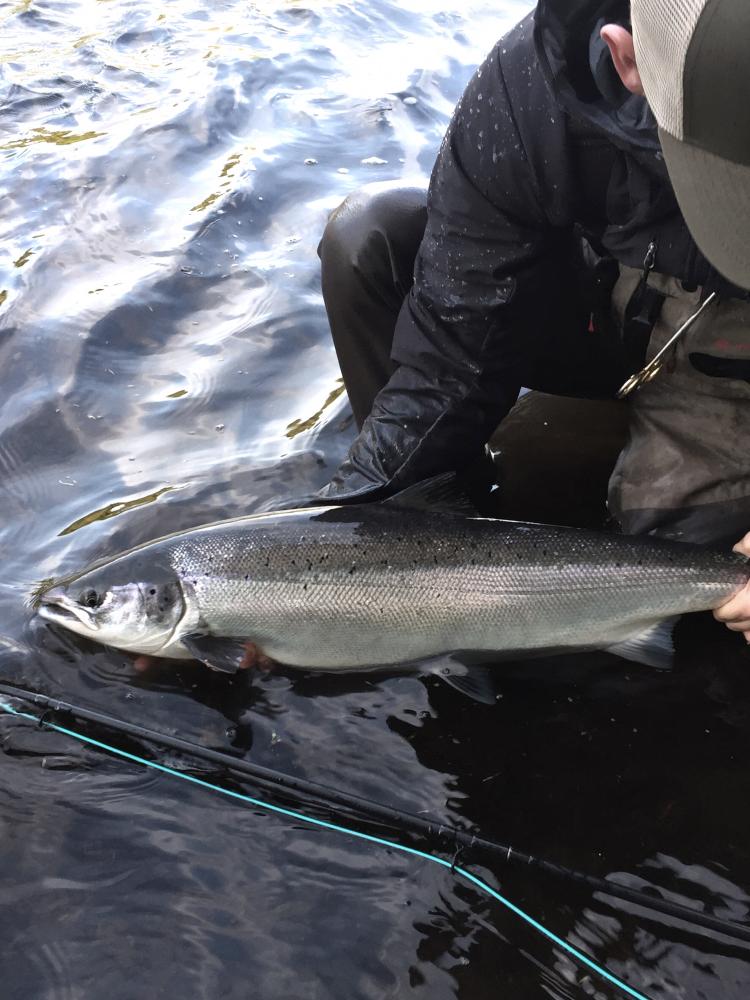 Being one of the longest rivers in Scotland there are many areas for the angler to target, but with any river it is best broken into sections; lower, middle and upper.

Lower sections of river are always the most lucrative throughout the season as all fish must pass through them on their migration, yet they are essential targets in the early phases of a season from Feb-April. As the water warms in April fish begin to move through the canyon, and as such the middle section can be very prolific from later Spring/early Summer. Moving into Summer fish will be found throughout the entirety of the river, populating most pools awaiting fresh, cooler water to continue their journey to the headwaters.

Lovers of the Findhorn often boast that there is a chance of a fresh fish on every single day of the season, so be sure to give the river a try, no matter what time of year that you visit! If your fly is in the water, you always have a chance here…

The town of Forres is a short 30 minute drive east from Inverness airport or a 30 minute drive north from the (middle) River Spey. The River Findhorn flows through the town and has miles of fabulous fishing within 20-30mins drive from the hotel.

Tickets for fishing can be purchased online at:

Thanks to Paul Richardson, who designs fishing equipment and guides fishing tours all over the world, for writing this blog and providing photographs. He has some fantastic images of his travels on his Instagram page.

Take a look at our rooms and restaurant menu.