Forres is home to the largest surviving Pictish Stone in Scotland, Suenos Stone. The pillar stands over 6 metres high and has intricate carvings on each of its four sides. 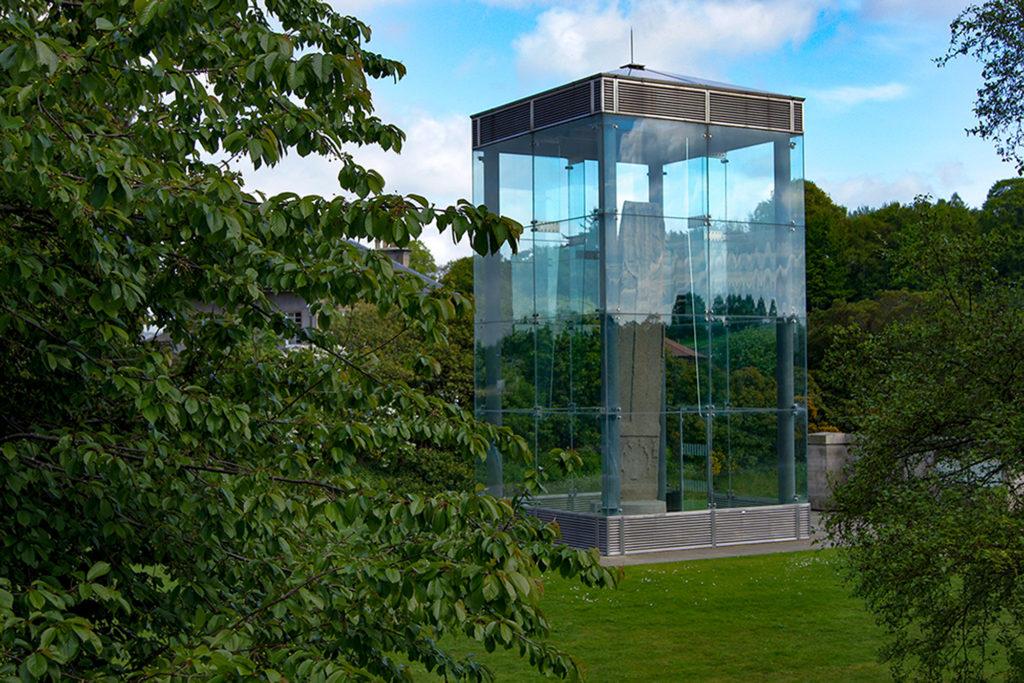 The stone is believed to have been carved and erected after a victorious battle regarding the sovereignty of Scotland. At some point during its life, the stone was possibly knocked down and buried by the shifting sands of the area. There is a possibility that this actually preserved the carvings and when it was unearthed in the 18th century it was erected close to or on the spot it had originally been placed. The Victorians surrounded the stone with iron railings and a cap made of lead sheeting. In the 1990’s, to prevent further erosion, the stone was encased in glass.

There is a plaque at the site with information relating to the the possible theories regarding the story the stone depicts.

Read more from our Forres and Moray blog

No Events were found.